I was interested in seeing the difference of this mighty galaxy under different circumstances and in particular what a dark sky truly does to it. So I decided to do a series of sketches, starting in my garden during full moon and working my way up to a NELM of around 6.3 (the best I can get within an hour drive). I did my observations with a 5″ scope to be able to capture the whole field.

On the first night the full moon was not far from Andromeda and the SQM did not reach 18.0. Only the core of M31 was visible as a polished pearl with a bit of a glow around it and I came to a count of around 30 stars. Funny enough, M32 was immediately visible and easily distinguished from a star. Three stars shone a bit brighter than the rest. 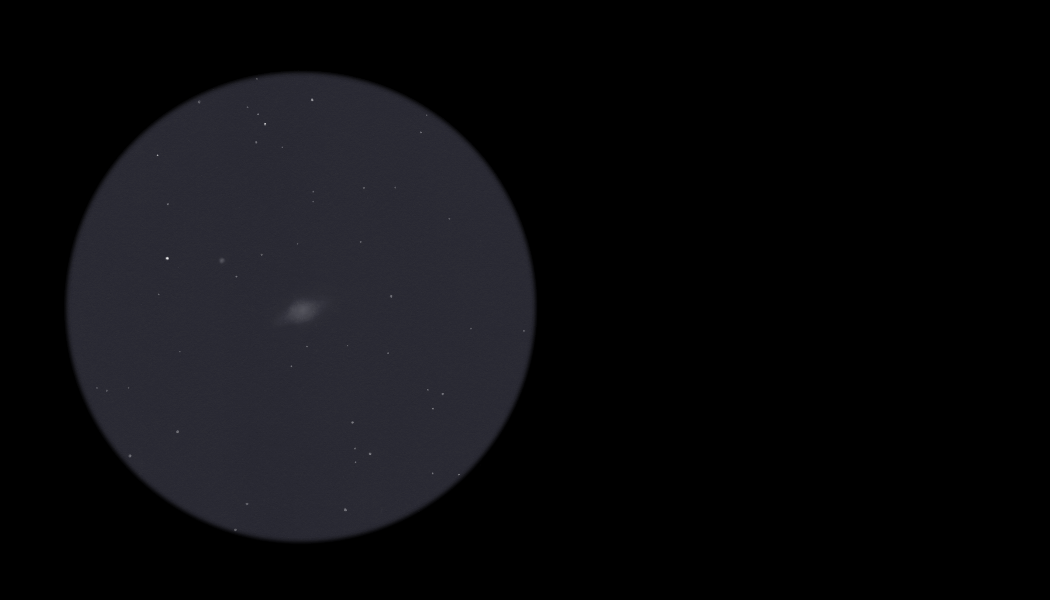 Five days later I had a window of about an hour to capture the galaxy again, this time without moon, but still in my yellow zone garden. SQM reached 19.0, a bit lower than average on my home location. With some effort, I could see an extended glow now and the “pearl” seemed to have grown a bit. Around 20 more stars pop up compared to the previous night, some of them in the spiral arms. M110 could just be seen with averted vision, but only if you know exactly where to look. Furthermore, the underside of the nebula seemed to be more sharply defined than the upper side. 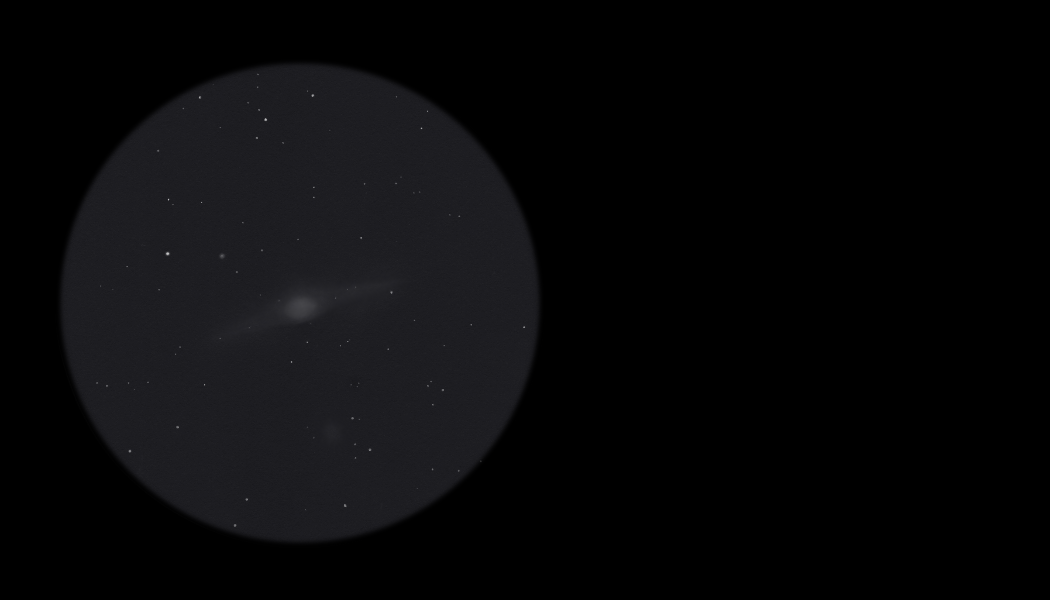 Ten days later the sky was finally clear again and there was no moon, so I took a 20 minute drive to my semi-dark location (SQM 20.5) to see if things look any better…. and they did. The FOV of 2.15° is no longer sufficient and I had to switch to my lowest magnification. Now the whole galaxy was nicely framed again.

The nebula appeared a bit like a saucer now with two “turned up edges”. M110 could clearly be seen now, not as a round glow, but rather oval with the core being a bit brighter than the halo. The underside of M31 was even more sharply edged now, but I couldn’t see the dustlane below it. I did see a lot more stars now, many of them in the galaxy itself (mostly on the left side) and the background was yet again a bit darker. A very fine sight already! I tried hard to see NGC 206, but that was still too much for now (and perhaps impossible with this scope). 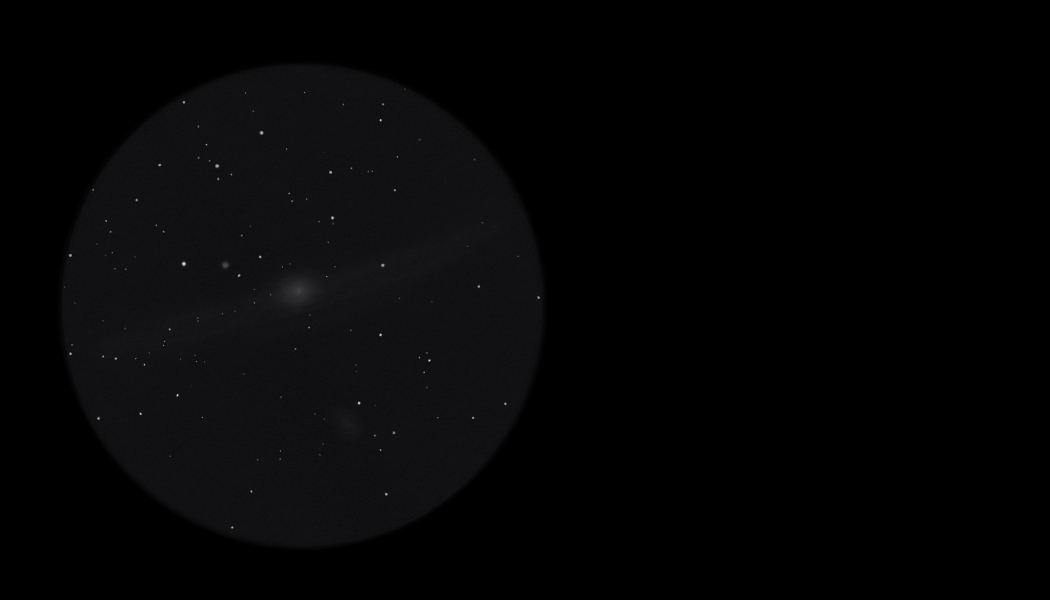 After almost four weeks (of clouds) I was able to complete the series with the fourth and final sketch. This was done at the darkest location within an hour drive from my home with an SQM of 21.3. Here the sky background is again a bit darker and a large amount of new stars popped up. Scanning for these, I noticed a very small, faint glow blinking up now and again with averted vision. Without searching for it I found NGC 206! (which I verified after I got back home).

Besides, a lot more of the nebulosity could be seen now and more stretched out this time, especially in width. Despite all that, I couldn’t see any part of the dust lanes. I suppose that’s partially because at that time I wasn’t entirely sure what to look for or what to expect. 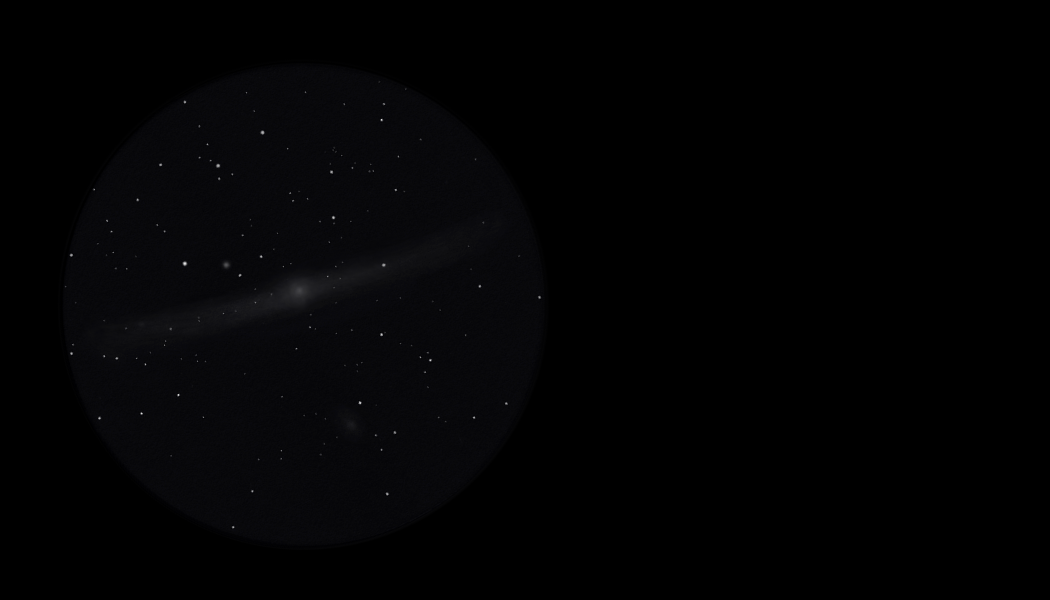 This little project has been a true eye-opener as to what light pollution does to deep sky and has since then motivated me to move out to a dark site whenever I have the possibility. Aperture rules, but darkness is king.