Besides the (only) 4 planetary nebulae in the Messier list there are some more types of nebulous objects. These are emission nebulae, nebulous clusters and even a supernova remnant. Only M42 and M43 will be treated in an own section “Zooming into M42“.

M17 is a masterpiece of the sky, but unfortunately it’s low in my sky at a time that we in the north have to endure the so called “grey nights”. Therefore I used some of my time on La Palma with the 10″ Alkaid to observe and sketch it. Besides the easily recognizable figure of the swan, a lot of “smokiness” around it can be seen as well, especially with the use of an OIII filter. The latter also helped to dim many of the stars just enough so that the main focus could remain on the actual object. Sketched with the 10″ Alkaid @120x. 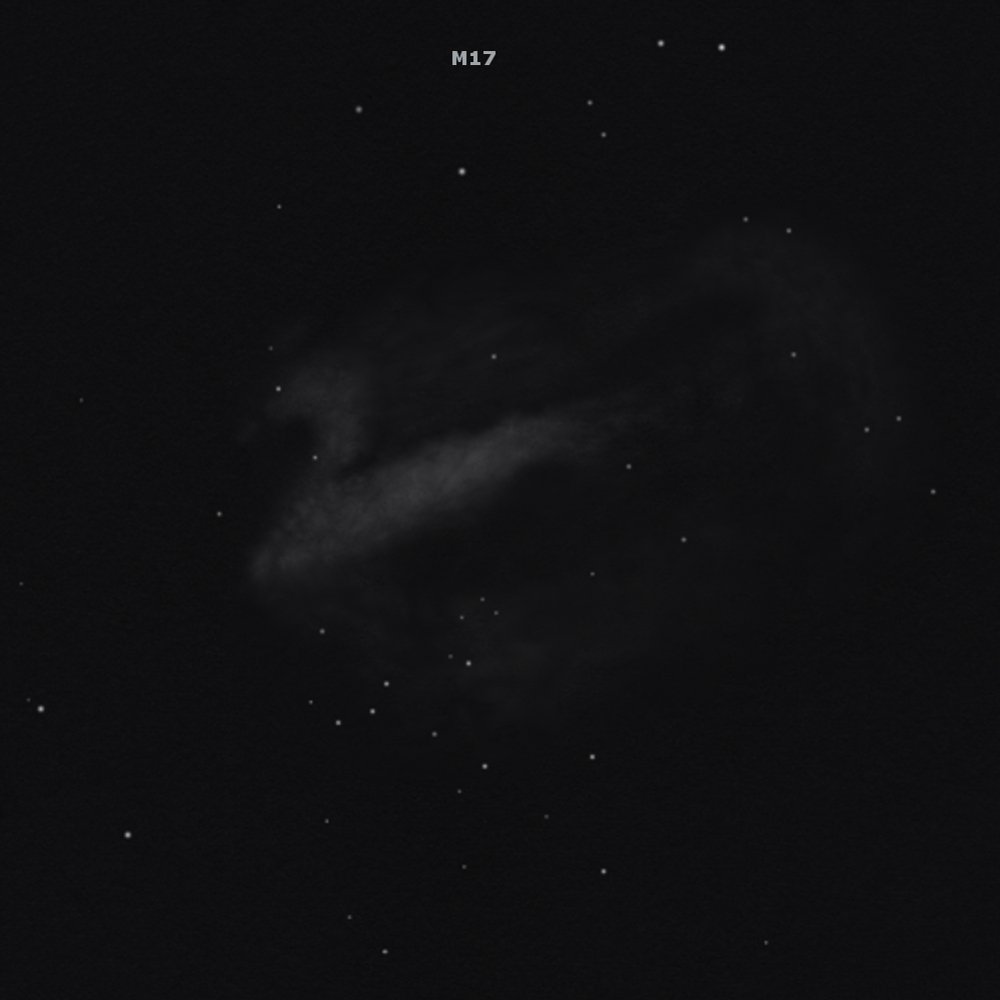 M27 is the famous Dumbbell Nebula. I waited with sketching this fine object until I could view it under a dark and transparent sky to sketch as many stars as I could. Therefore most of the observation was done unfiltered. The nebula is then very softly defined, but the dumbbell shape is quite apparent and in every corner a “loop” is visible, especially the one down and left. The brightness is not evenly distributed, but most visible in the top left, where a separate fragment is seen close to a bright star. Cutting through the center is a dark band, dividing the dumbbell into two sections. An UHC filter was applied sometimes to get a better definition of the shape. This must be (one of) the finest planetary nebulae the sky has to offer! Sketched with the 16″ Alkaid @259x. 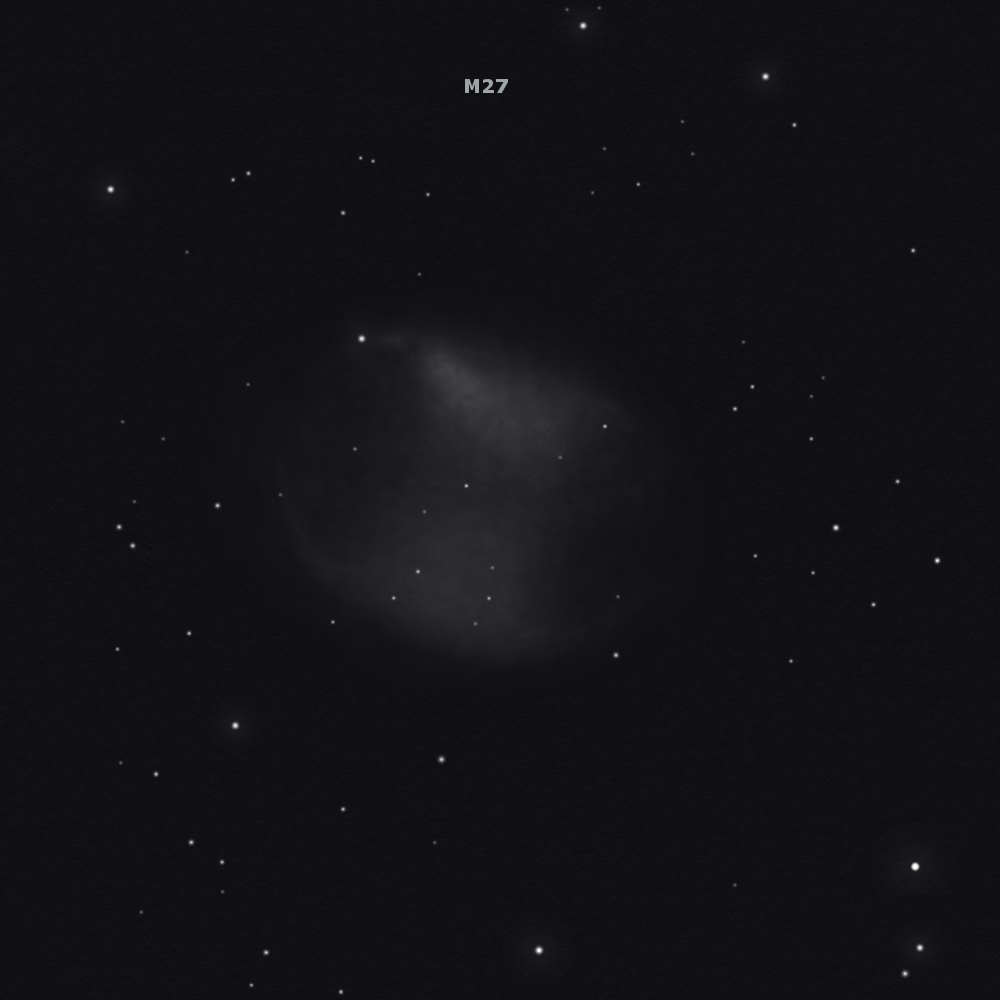 M57 is for sure one of the most sketched objects and I must say that I hardly ever skip it while observing during a summer night. For the central star and nearby galaxy IC 1296 however, the sky must be dark and transparent while the seeing has to cooperate too. I found those three conditions during a summer holiday session in Bretagne (France) so that I could finally make a proper drawing of the Ring Nebula. Sketched with the 16″ Alkaid @259x. 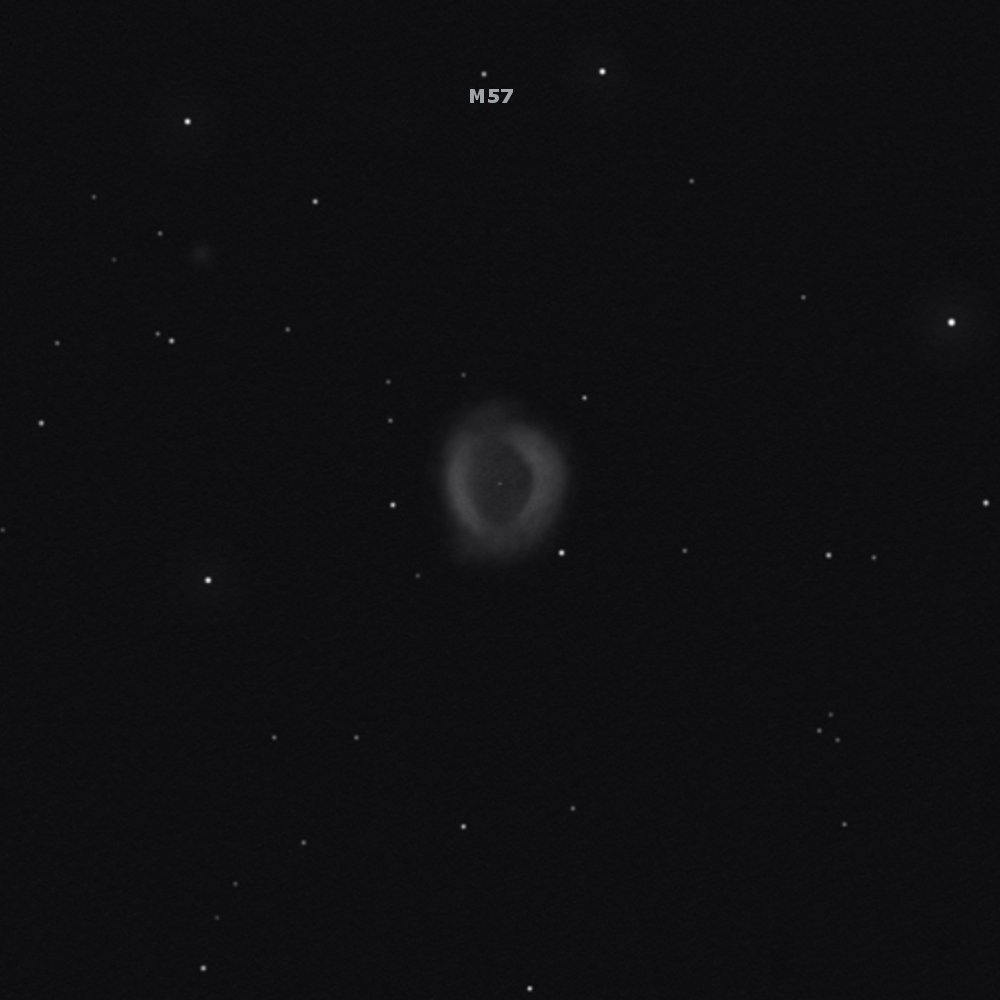 Another famous planetary nebula in the Messier Catalog is M76 in Perseus. After trying different magnifications, I settled for the 7mm + OIII filter. The “cork” is easily visible, but also two “hooks” can be seen, albeit much dimmer. Sketched with the 16″ Alkaid @259x. 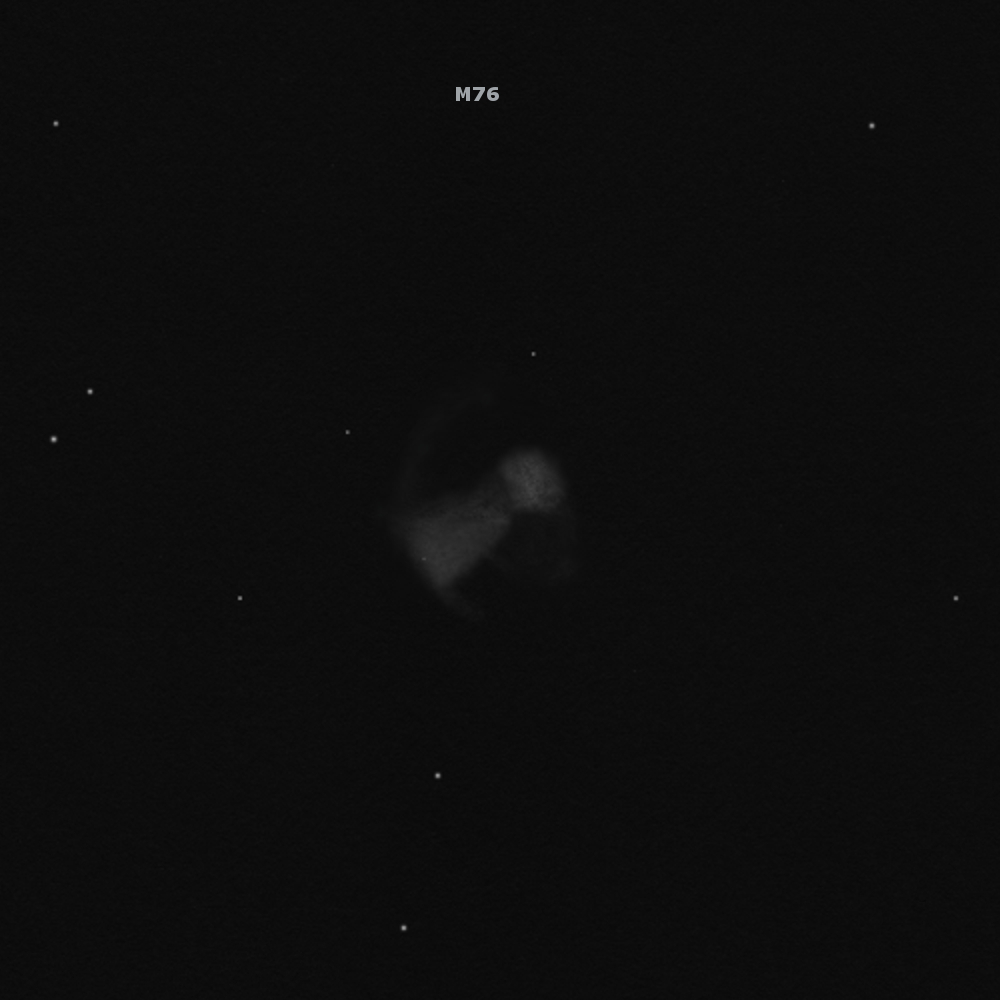