Mira was at its maximum brightness in January 2018 and visible to the naked eye. On the 14th I estimated its brightness at around mag 3.6 and inspected the star more closely with the 16 inch newton at low power.

It was by far the brightest star in the field with a light golden color. I deliberately placed the star a bit off center so that some mag 9 stars could join the field of view. I tried my best to show the subtle differences in magnitudes of the stars, so that when I would to Mira in September (at its minimum) it would be easier to estimate the much lower magnitude.

Almost nine months later (a month later than I intended) I returned to Mira and estimated it at mag 9.3. Indeed it was a striking difference with the earlier appearance, even more so because Mira has already passed its minimum.

The first sketch shows Mira at its maximum. The second sketch shows the difference in appearance between maximum and (almost) minimum. 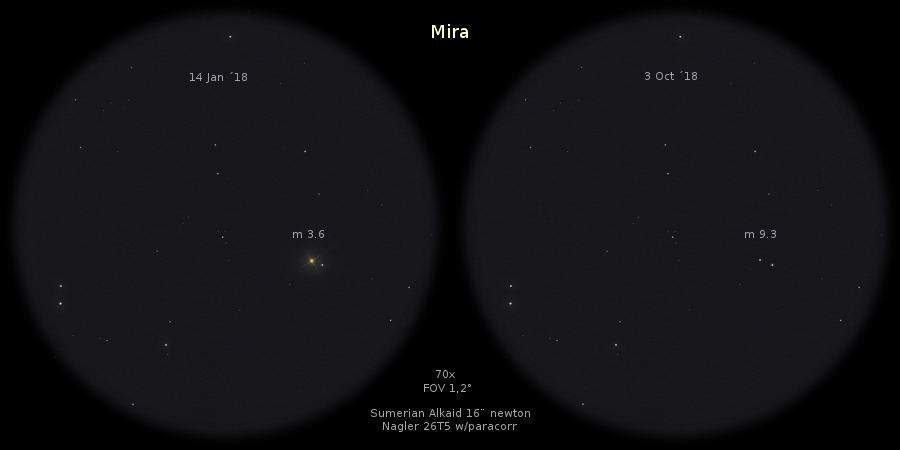